We received a record setting 357 proposals!

That’s a 30% increase over the previous record, set by the 2015 conference in Montreal, which received 275 proposals. In addition, we received 43 workshop proposals. As one of the program co-chairs, I am excited both by the depth and breadth of proposals, which will allow us to put together an amazing program to offer on our theme of Facing Forward: Innovation, Action, and Reflection. Moreover, this signals that there is a lot of interest from the evaluation community in attention our conference next spring!

Now to look a little more closely at the numbers..

Breakdown of the proposals by type 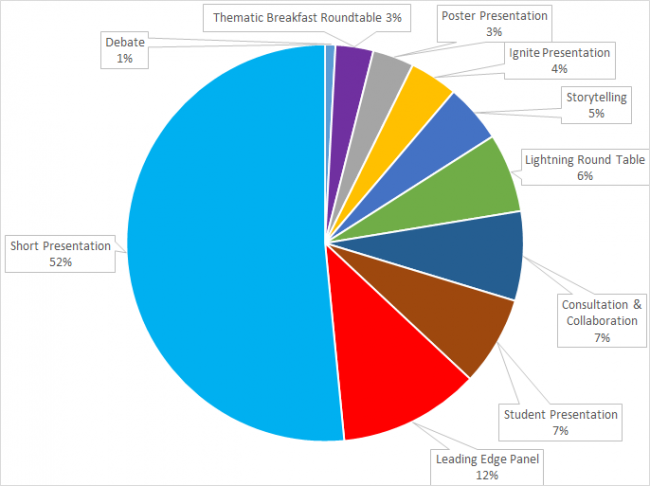 Breakdown by the country from which each proposal was sent[1] 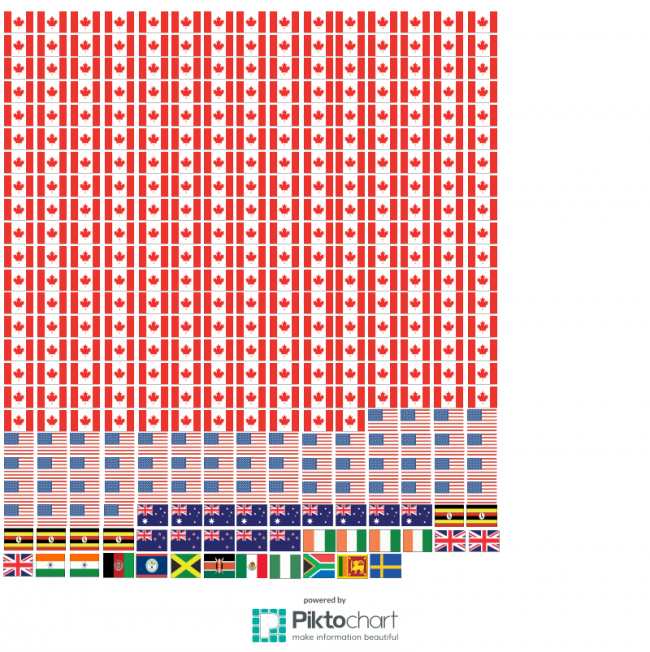 [1] Presentations were counted by the country of the first author.

We received proposals from 17 different countries!

We are especially delighted that 7% of our proposals came from students! Said the conference planning committee’s student engagement rep, Michelle Naimi: “As the CESBCY Student Coordinator, I am so pleased to see a significant number of student proposal submissions for the 2017 CES national conference. Students play a crucial part of the future of evaluation, so it’s great to see so many becoming engaged in the field, not only learning, but knowledge sharing as well.”

The peer review process for presentations has already been launched and each proposal will be reviewed at least twice based on the criteria included in the call for proposals. The final selection will be completed following the receipt of all the reviews. Everyone who submitted a proposal expect to receive an individual response to their proposal(s) by mid-January. 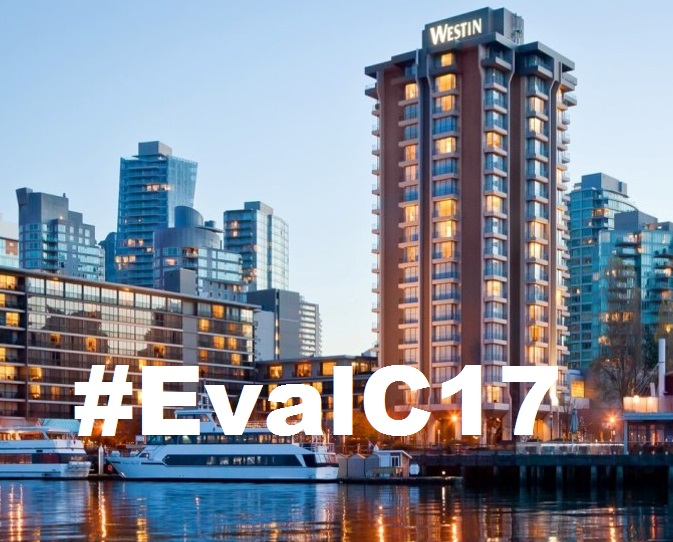