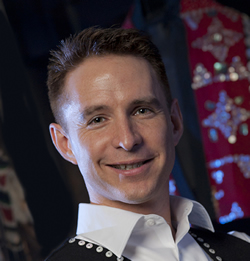 Paul Lacerte is a member of the Nadleh Whut’en First Nation in northern BC. He served as the Executive Director for the BC Assn of Aboriginal Friendship Centres for the past 20 years.

In 2011 Paul and his daughter Raven co-founded the Moosehide Campaign, a grass roots movement of Indigenous and non-Indigenous men working to end violence against women and children.

In his spare time, he is a professional clown and his home is known as the House of Happiness. He was awarded the Order of British Columbia in 2014.